“In the past two years, many restaurants, coffee shops, and chains across America have been obsessed with getting rid of straws altogether. This movement really took off after a video of a sea turtle with a plastic straw up its nose went viral. Suddenly, America was enraged and committed to getting rid of straws in order to save the sea turtles.

Unfortunately, what most people don’t realize is that straws only account for less than 1 percent of the 8 million tons of plastic floating around in the ocean. So why focus on straws? Straws basically became the poster child for the plastics problem. Straws were simply a tangible way to get a conversation going about making better decisions in order to produce less waste.

We felt like the most important part of this movement was getting people talking about the bad habit of overusing single-use plastics. It was the start towards making a change. When my wife Hannah and I started our business, Cypress Straws, we knew that creating glass straws wouldn't be the solution to an overwhelmingly large plastics problem. However, it was a good place to start. It gave us a strong platform to raise awareness. Oftentimes, when there’s a crisis taking place in the world, people feel paralyzed - like there's nothing they can do to help that will actually make a difference. That’s why we work to promote small changes that eventually compound into a much greater shift. 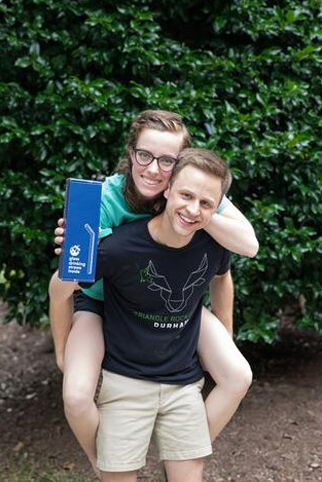 Hannah and I wanted to create a company that allowed us to work as a team to change the way people see their individual role in our environment. It wasn’t so much an entrepreneurial play for us as it was the right window of opportunity to educate our community. As environmentalists, we saw Cypress Straws as a way to make an impact and give back to the community. Also, our families are from the Florida panhandle, so we were very familiar with the devastation caused by ocean pollutants such as the BP oil spill, microplastics, cigarettes and rouge fishing nets. We knew we wanted to start a business together that would actually make a difference. So that’s how Cypress Straws was born.

Our packaging journey is a whole other conversation. In short, we felt conflicted working with packaging companies that weren't exactly eco-friendly. In fact, in 2016 packaging accounted for 42% of the plastics that were manufactured globally . We didn’t want to be part of the very problem that we were trying to solve. 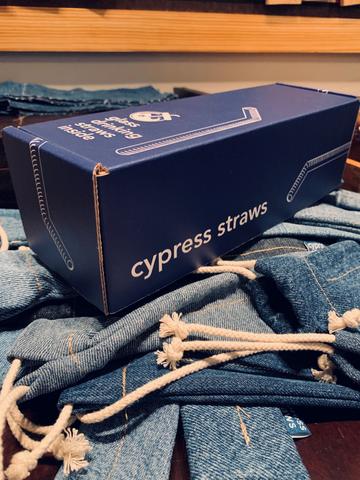 Ultimately, we discovered Packola and felt they were aligned with us both in design and sustainability. You can’t have packaging that is 100% sustainable (yet). However, Packola allowed us to create customized boxes with small enough dimensions to fit our straws without producing excessive waste. Packola’s packaging is as eco friendly as possible while still being able to deliver our products safely.

Our mission is to raise awareness of the overwhelming plastics problem in the ocean. We appreciate that change is happening, but also want consumers to know that educating yourself is extremely important. The new Starbucks lids that were created to eliminate straws are actually made up of more plastic than the actual straws were. Plastic lids are still as harmful as plastic straws, if not more so. While replacing plastic straws is a good jumping off point, we still have a long way to go. We are confident and hopeful that as a community we can continue to inspire more positive change.”

Do you have your own #PackolaStory to tell? Share it with our growing number of creative packaging enthusiasts at community@packola.com.